Mas de Daumas Gassac is a unique winery in the Gassac valley in the Languedoc region of Southwest France. Their renowned white cuvee is made predominantly from four French varieties: Viognier, Chardonnay, Chenin Blanc and Petit Manseng but also with a number of lesser-known grapes from regions including Lebanon and Armenia. It is therefore no surprise that this is an intriguing and complex wine, lively, fresh and well rounded, that can also age and develop further, a sign of its quality and also a rare glimpse of what this region is capable of. Its creators have described the wine as a novel within a bottle! It is a fascinating blend of 25% Viognier, 25% Chardonnay, 25% Petit Manseng and 15% Chenin Blanc grapes, plus 10% of other rare grapes such as Courbu and Petite Arvine. With its fresh but well balanced acidity, the delicious depth of both the orchard and tropical fruits and potential longevity this is certainly something to savour.

Often referred to as the ‘Grand Cru’ of the Languedoc, Mas de Daumas was purchased by two winemaking novices, Véronique and Aimé Guibert, in 1970. The couple had a vision to create wines which would capture the character and natural beauty of this hitherto unplanted area in the Gassac Valley, cooled by breezes from the nearby Larzac plateau. With a little assistance they began collecting vines from around France (Bordeaux, Loire and Burgundy) and also further afield, creating what is now a historic index of some of the most revered and also rare grape varieties in the world. Creating award winning wines in the process from we’d say they certainly achieved their goal! While delicious as an aperitif, we enjoyed this with some fresh oysters! 14% ABV. 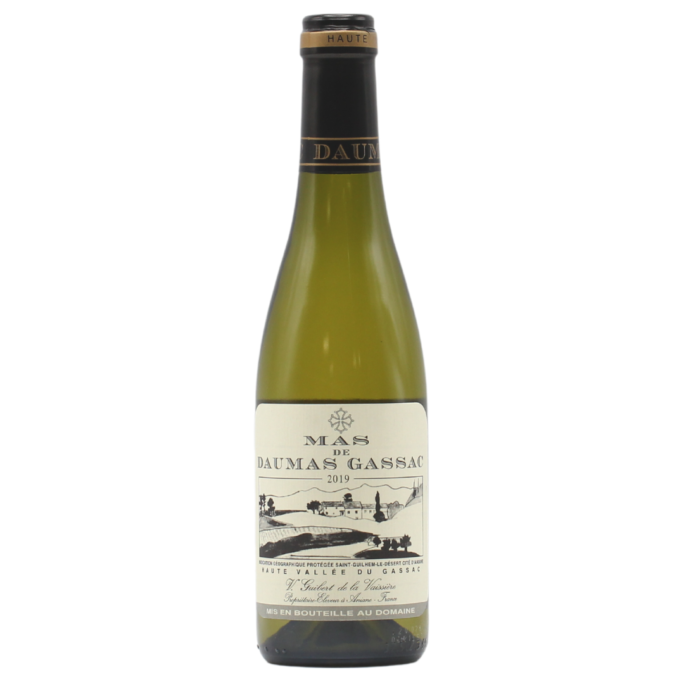