The Antinori family have been making wine for over six centuries involving a mind-blowing 26 generations! Tignanello estate was purchased by the Antinoris back in 1850, but it was in the 20th Century that the wine as we know it was first produced. Tignanello is an iconic Italian wine that broke the traditional Italian wine mould with innovative winemaking methods such as being the first to use non-native grape varieties (eg Cabernet Sauvignon and Cabernet Franc) in its blend. From a prized site in the heart of the Chianti Classico region of Tuscany, this is a masterful blend of 80% Sangiovese, 15% Cabernet Sauvignon and 5% Cabernet Franc.  A stunning palate with silky tannins and rich mouthfeel; this wine is sheer class in a glass! From Tuscany, we also recommend Il Bruciato (their wine from Bolgheri), plus the Antinori family also have vineyards in Piedmont, Umbria (see the emblematic white Cervaro that we also carry in half bottles), Puglia (see our Calafuria Rose) and Lombardy, as well as further afield. Albiera Antinori is the President of Antinori with her two sisters both working in the business, as well as her father Marchese Piero Antinori. Renzo Cotarella is the head winemaker and CEO.

The 2019 vintage of Tignanello was made from a blend of 80% Sangiovese, 15% Cabernet Sauvignon and 5% Cabernet Franc grapes, and was aged in barrel for 14 months in French and Hungarian oak. It has an enticing deep red colour with aromas of red and black berries plus hints of vanilla, nutmeg, mixed herbs and a tiny note of fresh coffee. The palate is full but fresh, not heavy, with silky tannins and a long, satisfying, flavourful finish.

A note from Renzo Cotarella and team regarding their 2019 growing season in Chianti Classico: It was defined by rather normal climatic conditions: winter was rather cold with limited rainfall and the first half of spring was cool and rainy especially during the months of April and May. Summer weather was hot, uninterrupted by major heat spikes, with slightly higher than average precipitation levels, which ensured a normal growth cycle of both the vines and the grape clusters.Ideal climatic conditions set in at the end of August and continued throughout September and October, allowing all grape varieties grown in the Tignanello vineyard to reach optimal ripeness. Harvesting activities began in the second half of September with Sangiovese, and were concluded on the 16th of October with Cabernet Sauvignon. 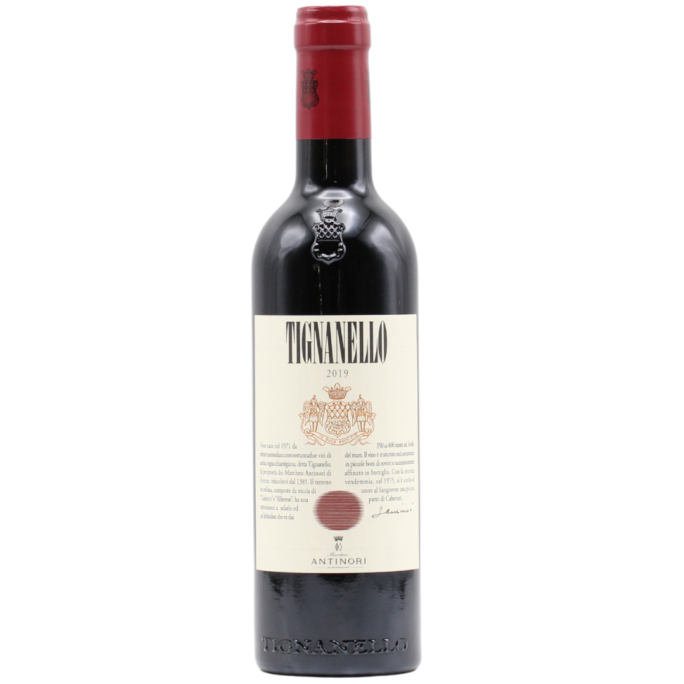