An undoubted cult classic; Chateau Musar is one of Lebanon’s most well-known and reputable wine producers. This red is a wonderful blend of Cabernet Sauvignon, Cinsault and Carignan made using organic methods. A superbly individual and unapologetically austere wine, this is built around lovely red berry fruits on the nose, with herb and meaty notes too. The wine has lovely balance between firm tannins, fresh acidity and full fruit flavour. The addition of its wild herb and meaty complexity mean a great match for roast lamb or game or with warming casseroles and mature cheeses. We would recommend decanting an hour before drinking.

The estate was founded in 1930 by Gaston Hochar who had travelled widely, including to Bordeaux. His wines soon became well known worldwide, helped by the fact that he became friends with  Major Ronald Barton (who owns Chateau Langoa-Barton in Bordeaux) when the British Army were based in Lebanon during the second world war.  The relationship between the two wine regions has been strong since this time. Gaston’s son Serge helped push Musar’s reputation further but when he died in 2015, the estate was passed to his two sons Gaston and Marc and their cousin Ralph. 14% ABV. 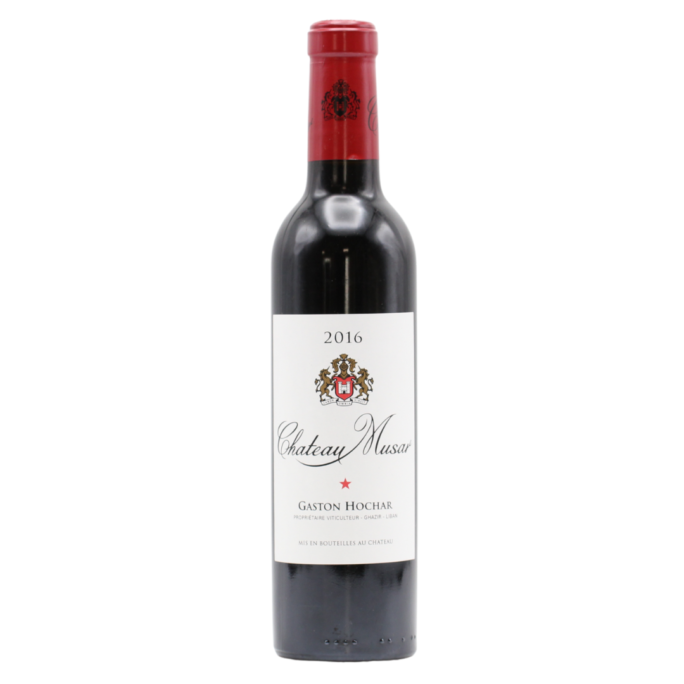